From Jim Cunningham at CyclArt:

"CyclArt did the start-up image package for them: company name, marketing hooks, logo design and original finish design. They were a small outfit run by a fellow (Doug Gloyd) who ran a cabinet making shop in Monrovia, CA. I though we got them off to a good start, we even had their racers wearing the tricolor war paint at races. We painted their production bikes for a while. They hired a new sale manager/team director who wanted to use neon colors then in fashion. I thought it was counter to the image I tried to create for the company. He took his path and drifted away. Soon after they were gone."

Looks to be a pretty early catalog based on the components. 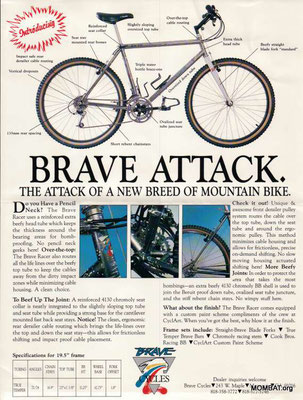 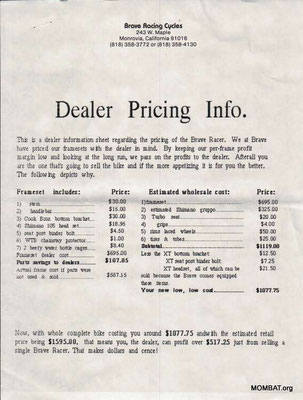 1991 Models include the Racer, Pony and Spirit as well as the elevated chain stay Warrior. 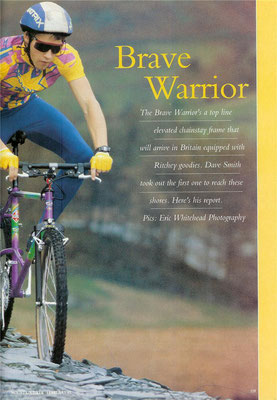 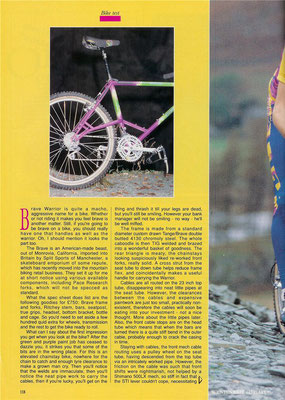 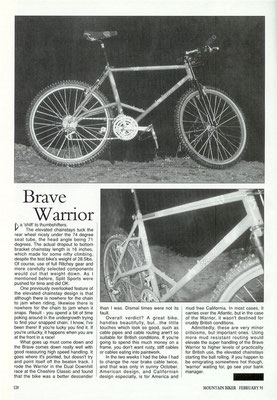 1992 Models listed as Racer and Spirit. (the Warrior wasn't listed but is listed for 1991 and 1993 so I would assume it was still available).

1993 Models listed as Racer, Spirit, Warrior and Cloud (with rear suspension). From Tom Teesdale @ TET Cycles "We made them in 93 mostly. Brave was a fairly short lived adventure. Couple hundred of them at most."