From a 2006 interview for Le Cirque du Cyclisme:

"Beginning in January, 1973, I was hired by Witcomb USA, who sent me to England to serve a 7 month work study program at Witcomb Lightweight Cycles.  There I learned the basics. On my return, I began building racing and touring frames for Witcomb USA in Connecticut, from late 1973 until it closed in 1977."

"In late '77, I opened J.P. Weigle Cycles, and started to build road frames on my own, then my first mountain bike in 1982.  I attended several early Fat Tire Festivals in Crested Butte, CO."

"During the late '90's, I went back to my roots and specialized in traditional road bikes again.  Five years ago, I fell in love with randoneuring bikes."

"In the mid '90's, I introduced J.P. Weigle Frame Saver, a rust inhibitor, used to combat rust inside steel frames."

"Riding bicycles since my childhood, I raced time trials in England, won CT state road and time trial championships.  I raced mountain bikes in the '80's, and, in 1988, won the National Cyclocross Championship (senior-35).  These days I ride for mental and physical well-being, and the simple pleasure of the road." 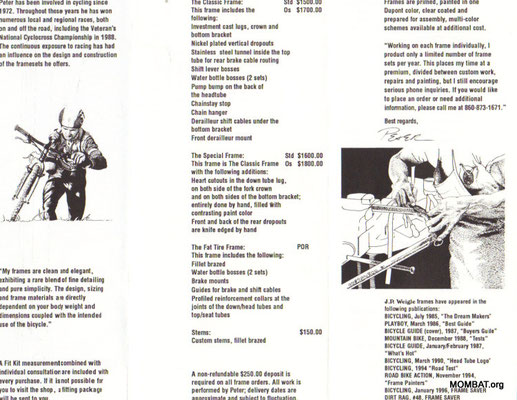 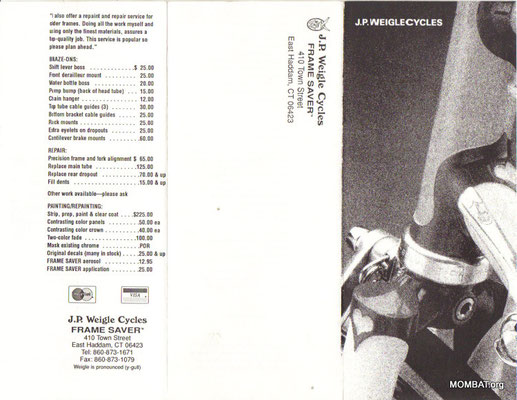 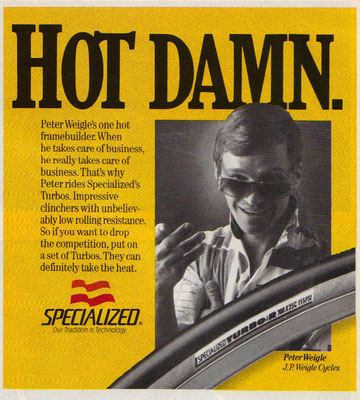 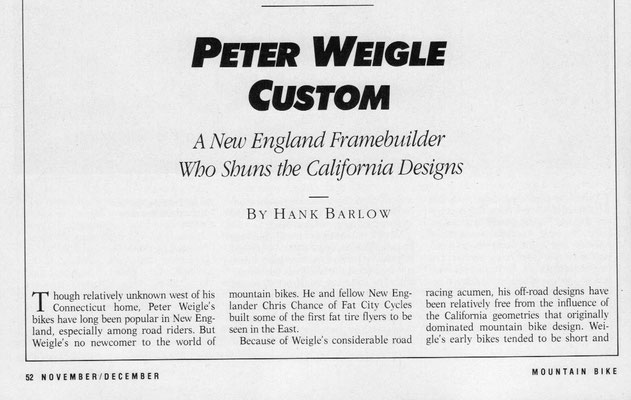 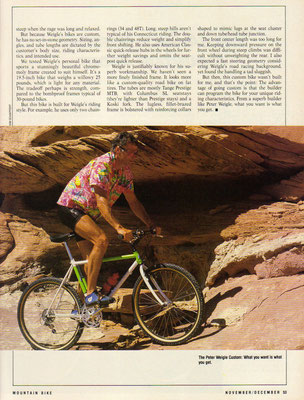