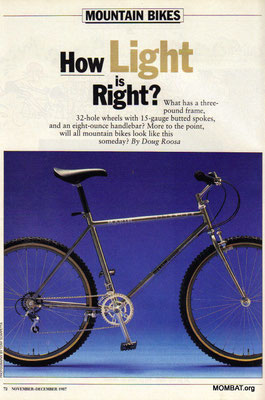 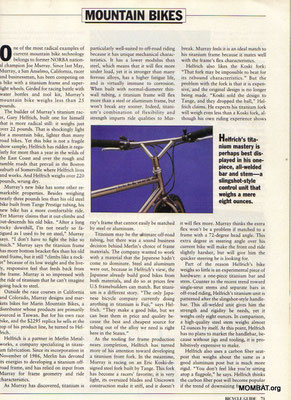 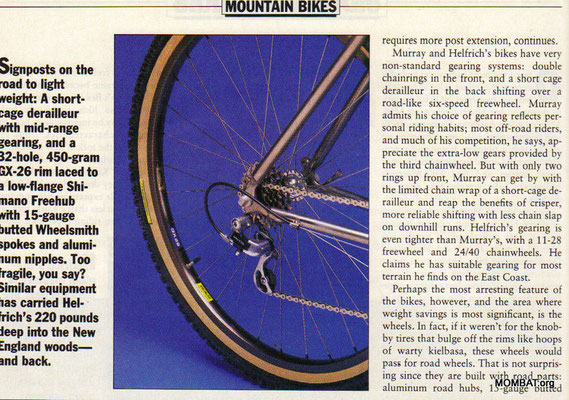 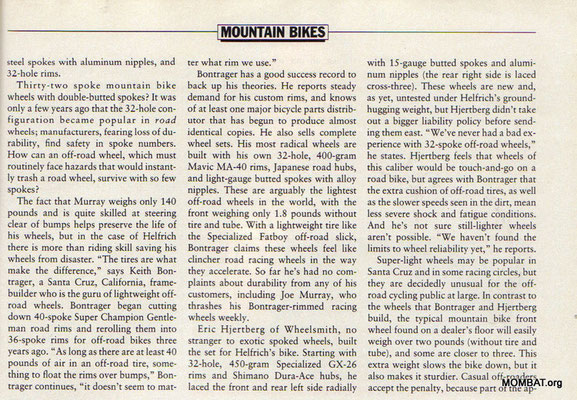 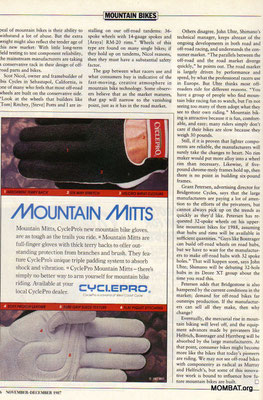 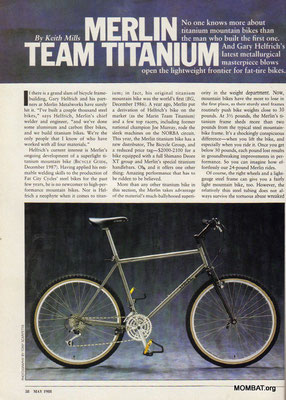 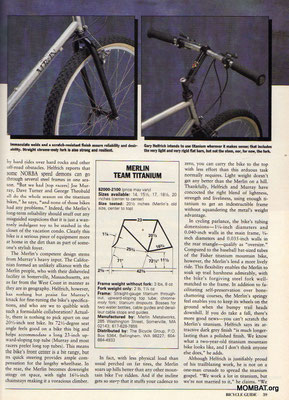 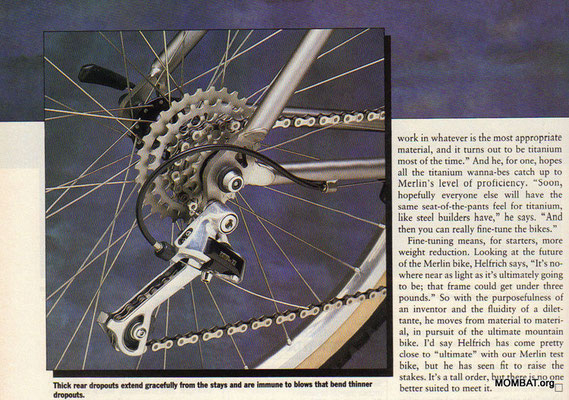 Merlin introduces the S-bend chain stay and seat stay into its mountain bike line. The S-Bend goes on to be one of the most copied rear triangle designs in the industry. 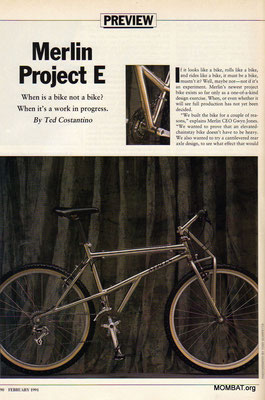 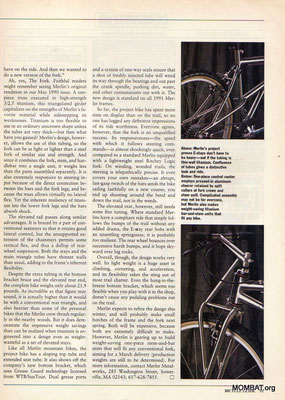 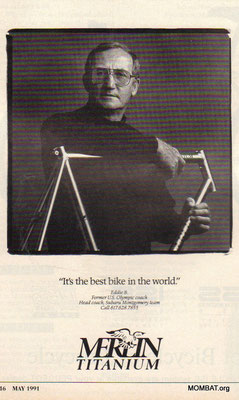 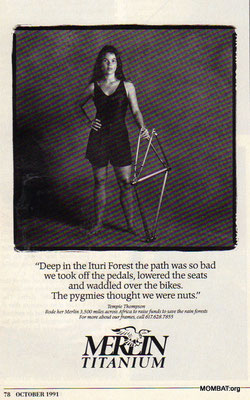 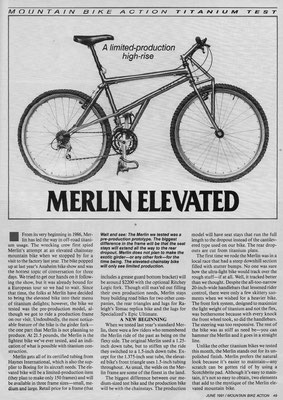 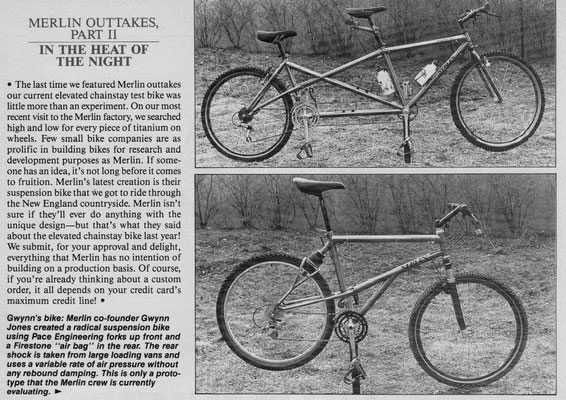 Greg Lemond purchases Merlin frames for his "Z" Team, and the team goes on to ride the Tour de France on their "camouflaged" Merlins. 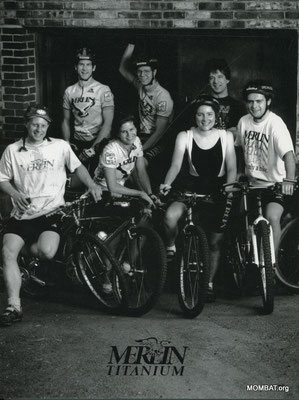 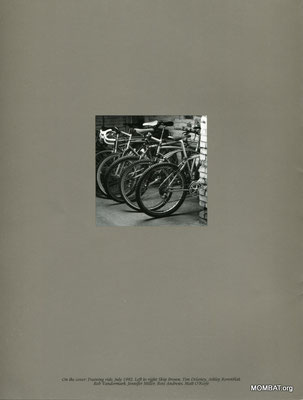 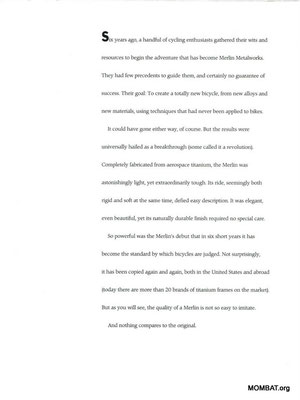 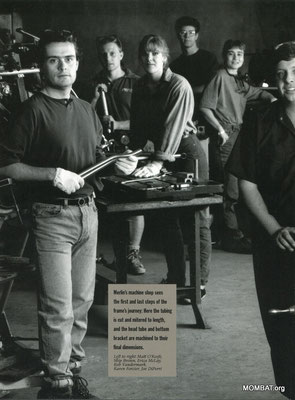 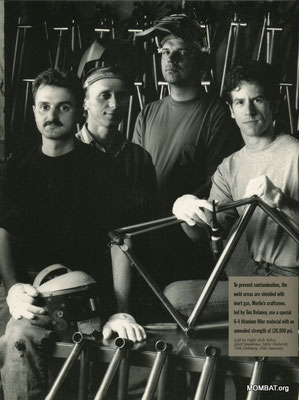 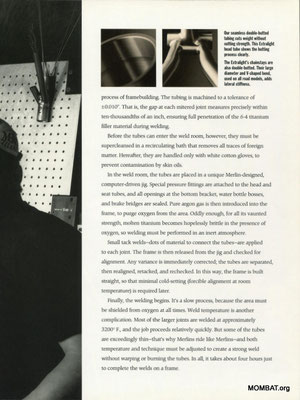 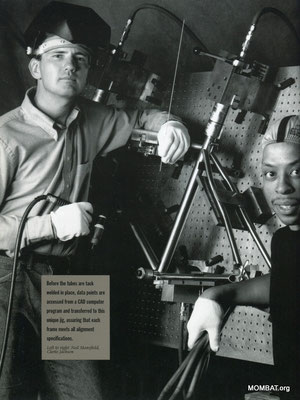 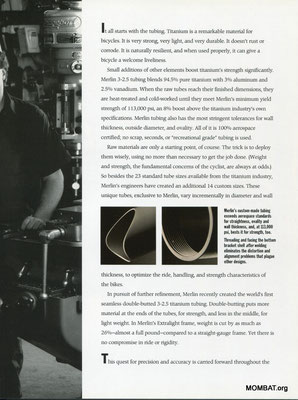 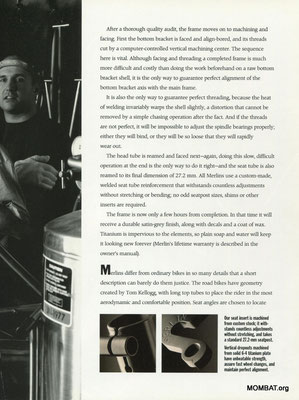 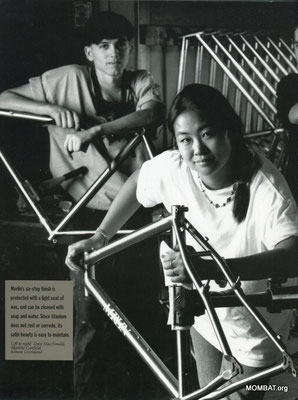 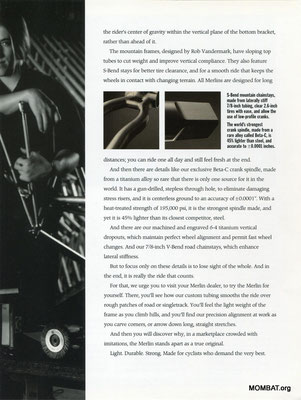 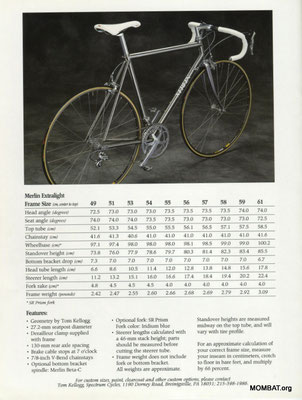 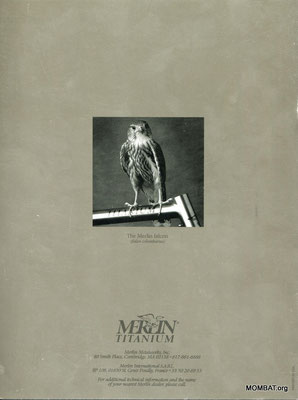 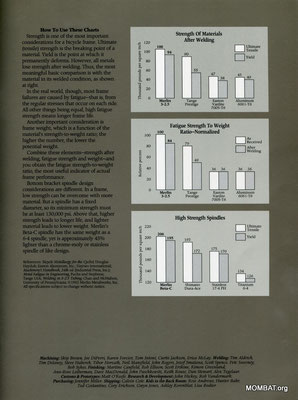 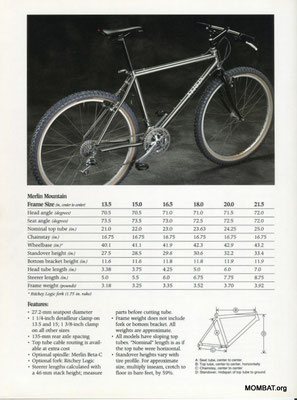 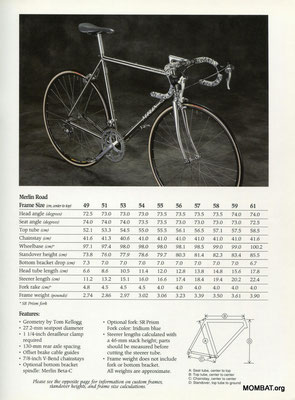 Merlin rider Rob Kish wins the Race Across America, for the third time, on his 59 cm Merlin Extralight.

Merlin introduces the S & S coupling option on all frames, revolutionizing bike travel for thousands. Roman Dial and friends complete their epic Ride Across Alaska aboard a fleet of Merlin mountain bikes.

Merlin relocates to Chattanooga, TN. The Agilis, Merlin's first compact road frame, is designed by Tom Kellogg and introduced with the 2001 product line.