The Yeti forks with little 1.25" offset were used by riders like John Tomac and Tinker Juarez. They later got licenced by Answer Racing and were sold as an aftermarket fork labelled Answer Accu Trax.

The Yeti cult was initiated by a testreport in the Mountainbike Action Magazine. Yeti founder John Parker appreciated the support of MBA editor Zapata Espinoza. The name Yeti became immortal, when bike legend John Tomac signed for Yeti by a handshake on his return from Europe where he was a raodbike pro at Seven Eleven team.

Bullseye Cycle Co. got started in 1973 by Roger Durham.

The hollow steel crankset with splined through spindle was way ahead of its time. When the patent expired after 17 years, Shimano introduced their Hollowtech spindle crankset. 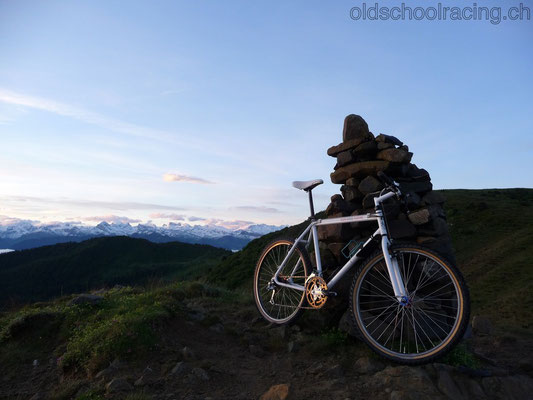 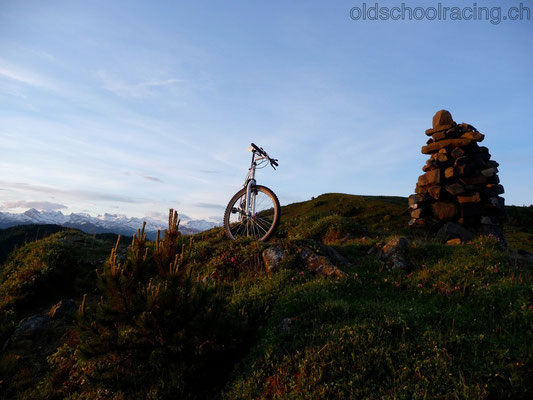 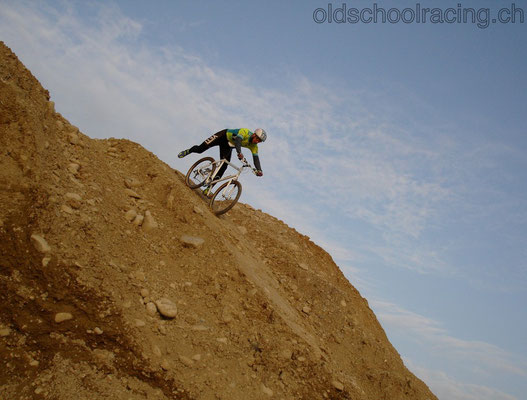 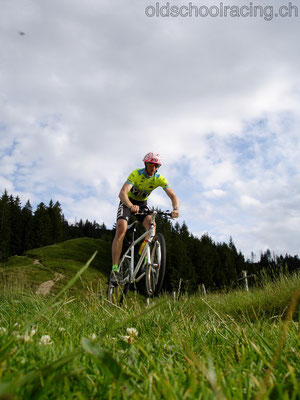 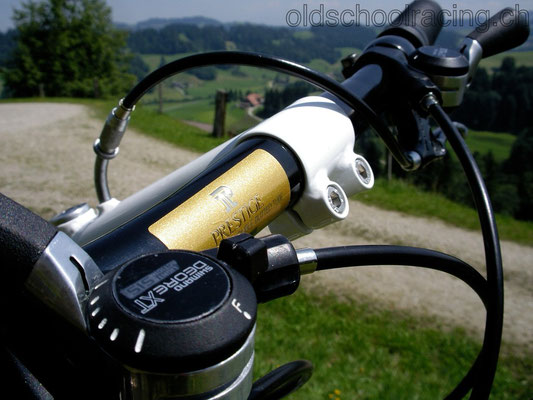 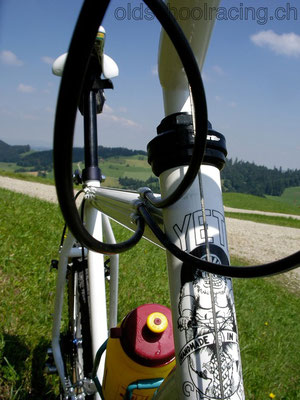 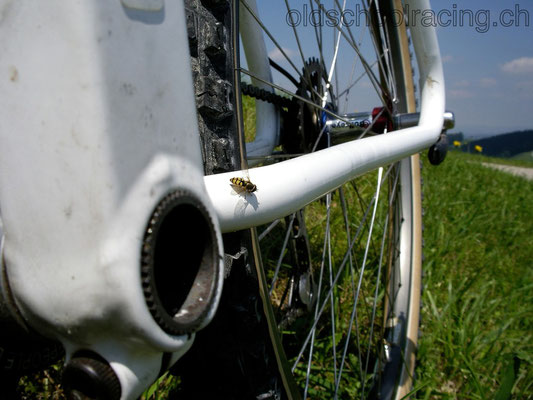 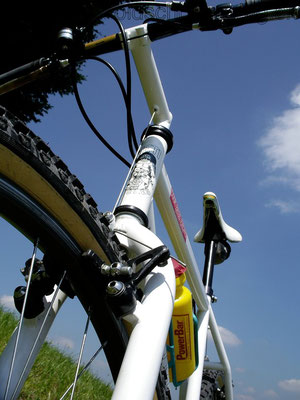 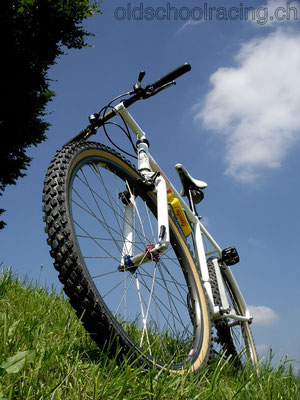 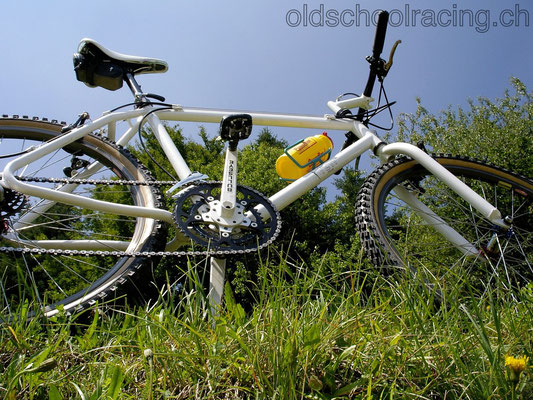 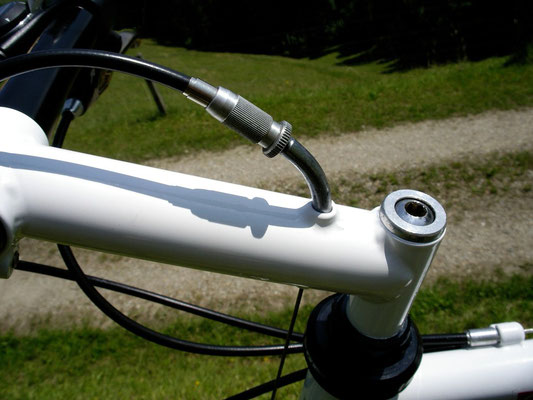 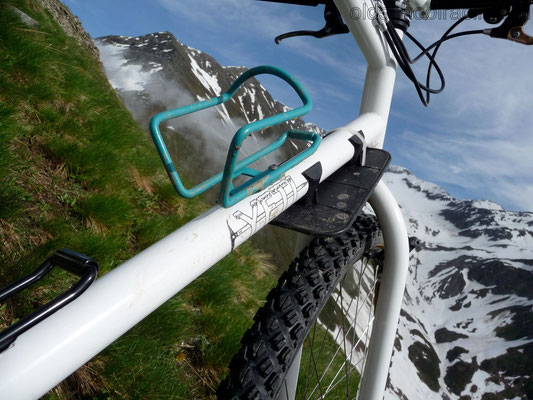 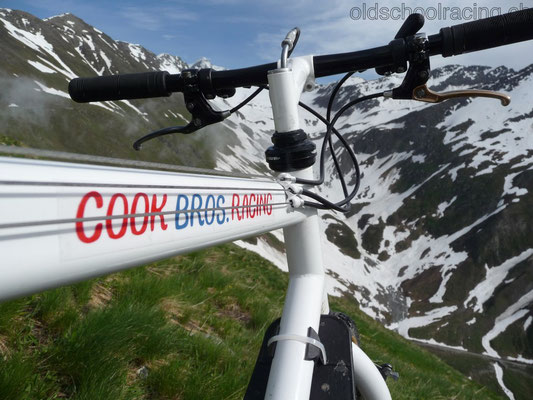 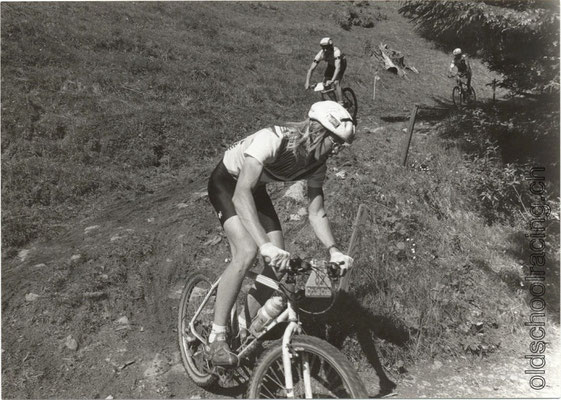 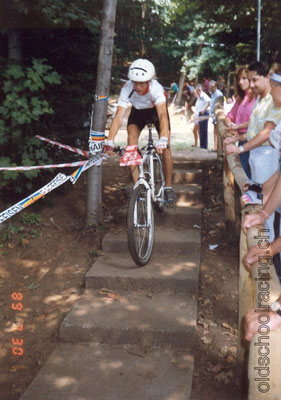 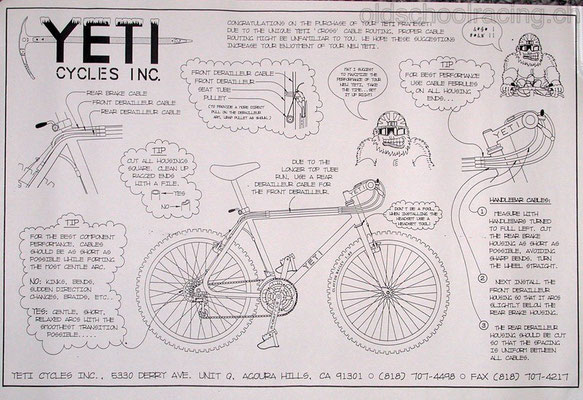 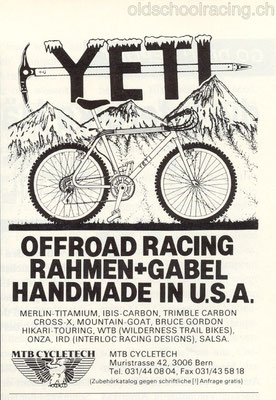 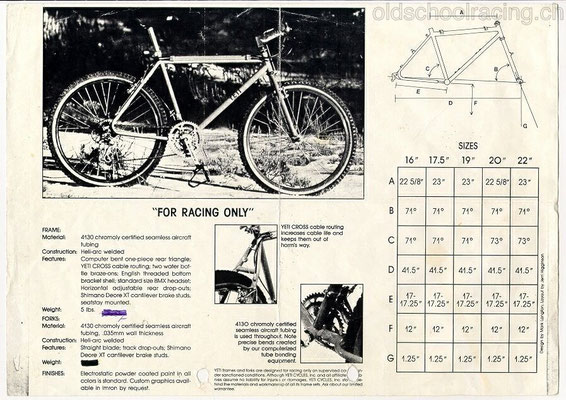