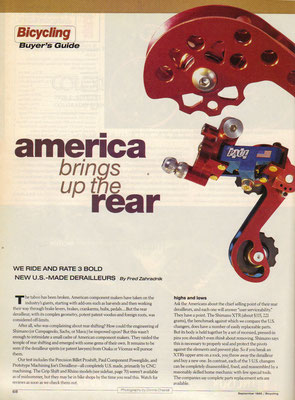 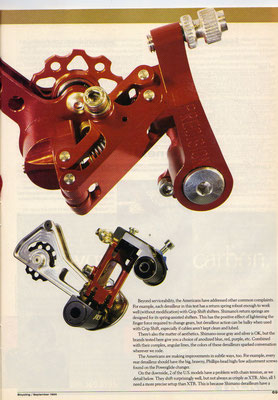 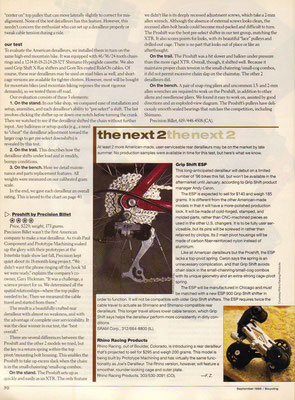 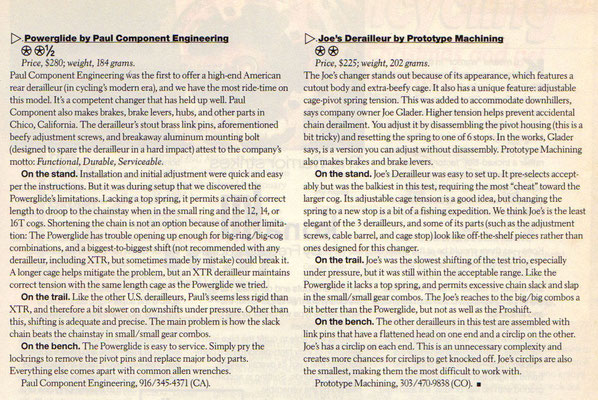 Youre flying down a rocky ski run and the trees are just a greenish blur framing the perilous path ahead. This is not the time to worry about your components, and the fact that there is no snow on the ground is of little consolation. If you miss the next apex, youre likely in for the biggest face-plant of your life, and insurance doesnt cover this kind of downhill dementia. This is no time for cheap bicycle parts!

Precision Billet is a high-end job shop and manufacturer of the specialized, high- performance cycling components that you can depend on in this fast-paced world of gonzo biking.

Bolstered by this success, the shop soon replaced another aging piece of equipment with a new Haas HL-2 CNC lathe. Payback was reached in just nine months, again with an impressive gain in production efficiency. And so, as the company continues to grow, so grows the number of Haas machines on the shop floor. Precision Billet has just added an additional HL-1 lathe to its mechanical workforce.

Where most job shops specialize in quantities of less than 100 parts or so, we make lots of up to 10,000 pieces, so every second of cycle time is critical, said Gary Hickman, president of Precision Billet. We know theres a big difference with Haas brushless servo motors because we still have one machining center with brush servo motors and set the same job up on both types of machining centers to make a comparison.

The comparison of brushless versus brush servo motors was made with a component called an aluminum backstop (cable hanger). Typically, Precision Billet machines 1,000 backstops in a normal production run. Five tool changes are required to machine the backstop, including a 1/2" endmill, #2 center drill, 1/8" drill, keyway saw and a 45° endmill.

Because many of the parts machined by Precision Billet are small extrusions or other odd shapes, Chick vices are employed to increase throughput by grouping multiple parts in a single cut program. According to Hickman, the multiple-piece vices do a much better holding job while reducing manual operator time in running large part orders.

Another feature of the Haas machining centers that Hickman appreciates is the control. Precision Billet utilizes several CAM programs for offline programming, such as EZ Mill for 2D parts and Geopath for advanced 3D parts, such as brake handles.

The Haas control is very powerful with a lot of features, such as 100 tool offsets and 26 work coordinates, a floppy drive, text editor and graphics. Its faster and makes it easier to get parts into production, said Hickman. For example, the Haas control allows the operator to view the cycle times for each tool by selecting the tool life display screen. The display shows the total cycle time, feed time and number of uses. By subtracting feed time from total cycle time, we can determine the time spent cutting air. We use these figures to reduce excess moves and are able to cut cycle times by as much as 30 percent. Plus, tool life calculations can easily be made by estimating the number of uses for each tool and inputting an alarm number for each tool.

"With the Haas control, work offsets can be set in the CNC part program and the offsets can be verified on the control. To do this, the operator runs the program from the controls graphics page. If a wrong number has been keyed in or a decimal put in the wrong place, it will be immediately visible.

By verifying part programs on the control before proving them on the machine, we avoid scrap parts and tool breakage, said Hickman. And the Haas control is fast. We can load ten tool offsets in the same time it took our previous machines to load two tool offsets.

We found that lathe controls had not progressed as much as machining center controls, said Hickman. But the Haas lathe was surprisingly easy to operate. Setting tool offsets is easy and turret indexing is quick and precise. We saw a demonstration of the lathe cutting steel and were convinced to buy it.Mostly, we turn brass or aluminum, said Hickman. With the Haas lathe, we can hold 0.0002 inch, even when we start it stone cold in the morning. We can put in a fresh bar and the diameter will be within a tolerance of plus or minus 0.0002 inch.Precision Billet has reduced lathe programming time substantially with several control features unique to the Haas lathe. For example, G81, G83 and G84 canned drilling cycles are identical to those found on mill controls. And the Haas lathe control can be programmed in either Fanuc or Yasnac mode, the latter most commonly used at Precision Billet.

Cycle times have decreased even more because the new HL-1 has AC drives with 710-ipm rapids.Typical lathe cycle times are 50 percent faster because of faster rapids and turret indexing, as well as higher feeds and speeds. Setup times have also decreased by 50 percent due to ease of tool offsetting and Haas unique turret tool holders. We have tool holders set up for specific jobs. All we have to do is install a new holder in the turret. Repeatability is high enough that offsets can be preset for that specific job, said Hickman.

"During the past 12 months we have quadrupled our growth rate. We can make 500 rear derailleurs a week, instead of 500 a month. Payback on the VF-0s has been less than a year, said Hickman. Plus, we have more time to design, prototype and make new products. Haas speed, accuracy and ease of setup have allowed us to increase our throughput. And the faster we make parts, the faster we get paid.