For over 20 years Doug Curtiss has been crafting Curtlo frames one at a time. Steel is his favored metal of choice, but he has dabbled in Easton Aluminum from time to time (remember the Viper). A few years ago the now defunct Bicycle Guide mDougagazine summed up Doug's experience: Technically, Curtlo Cycles came into being around 18 years ago, when Doug was still in college. Although no official company existed back then, Doug built his first bike as a solution to the problems that he and his riding partner - who were both big guys - were having with the quality and fit of the bikes they were forced to choose from. Back then, riding was a priority for Doug. And after college, he put in as many as 15,000 miles a year, including four cross-country journeys and a four-month trip through Europe. Doug certainly has the miles in his legs to offer some expert advice as to what might work when it comes to designing and building bikes. It his hard to describe the "feeling" of riding a custom, hand-built bike, but there is a difference. The vast majority of riders out there get used to a three-sizes-fit-all mentality, and probably ride on frames that could fit their body and style better. This is where Curtlo Cycles comes in. There is no big production line, no trillion dollar bike-machines, only Doug and his torch. 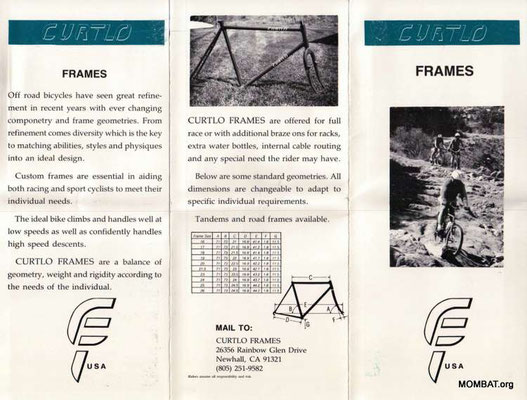 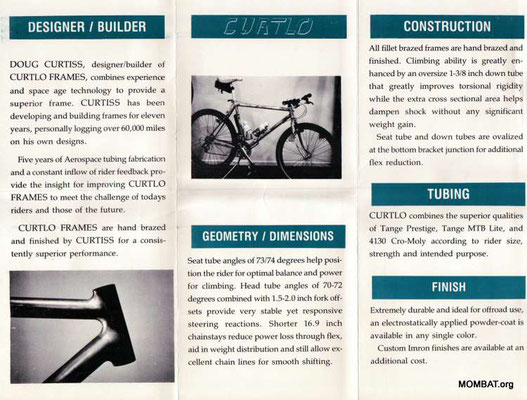 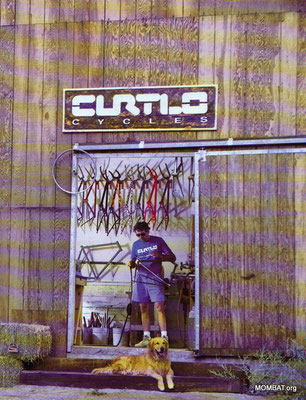 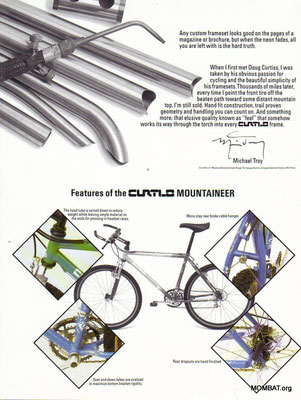 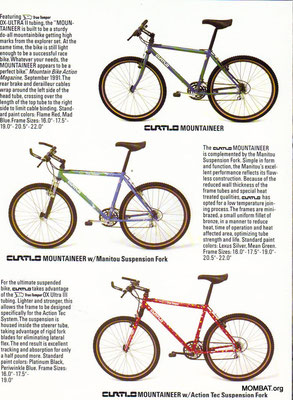 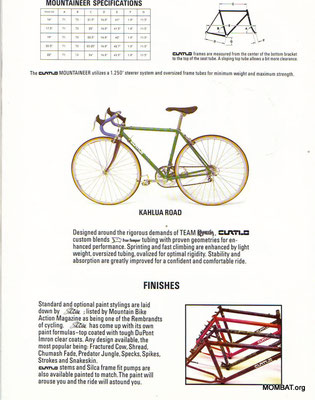 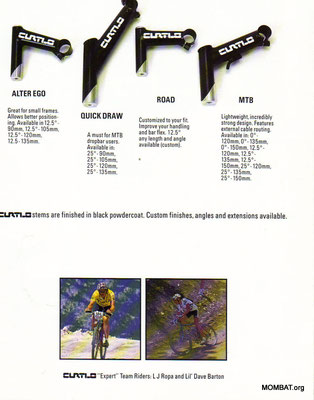 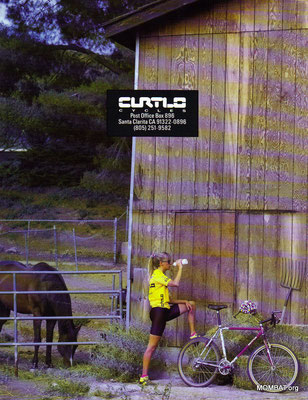