American Aluminium roller stem made under licence of Salsa Cycles.

Built by American Bicycle Coorporation, famous for their large welds and the nice polished finish. Gusset reinforced down to headtube connection.

American started building aluminium mountainbikes in 1985 with the Montaneus featuring an adjustable head angle. Later followed by their best known Comp Lite which was sold up to the 90's.

Joe Breeze finished the technical drawing of the Breezer I, the first real Mountainbike ever, in 1977.

He had all the tooling made to produce an aluminium frame. Too keep production simple he switched to steel tubing, so that all early Breezers are fillet brazed of steel tubing. He finally realized his first aluminium frame with American Bicycle Corporation ten years after planning. 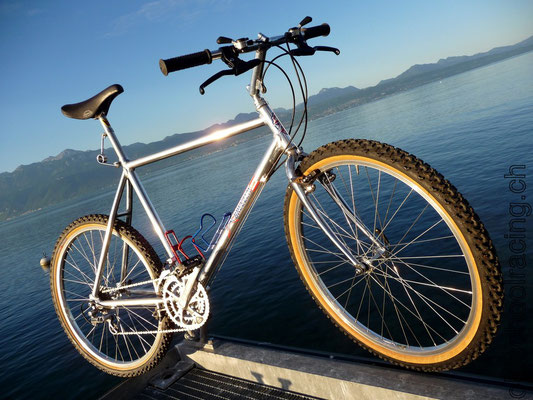 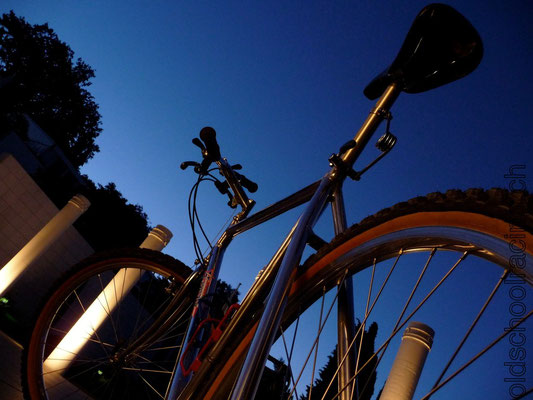 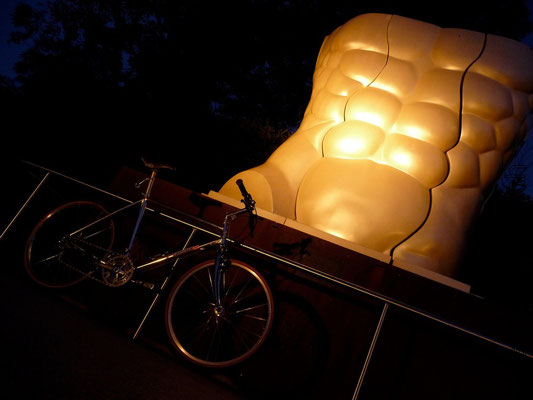 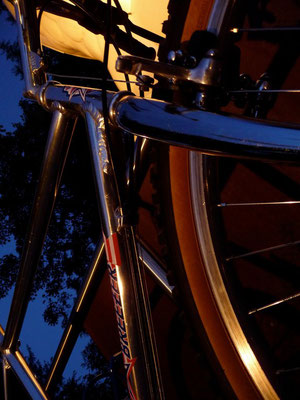 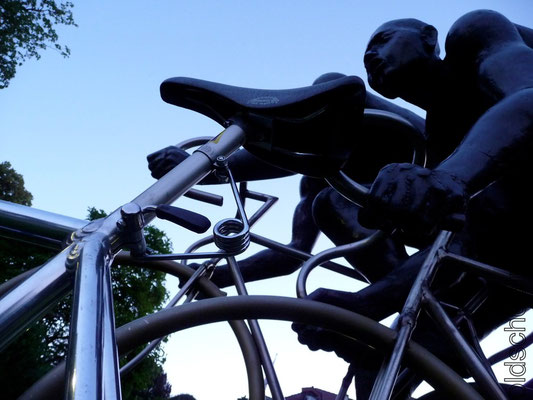 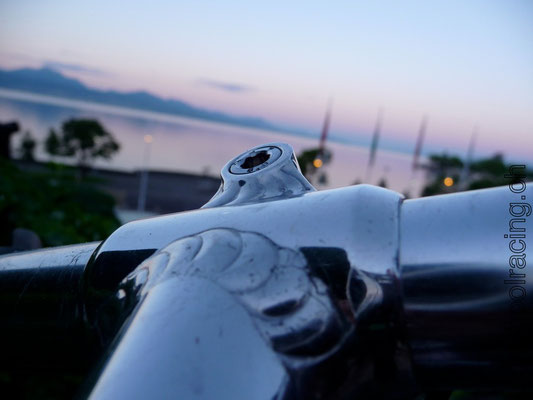 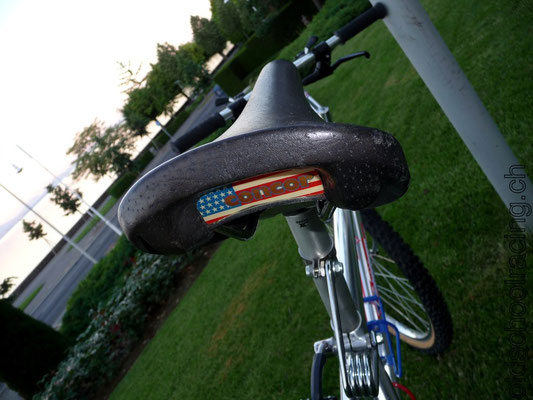 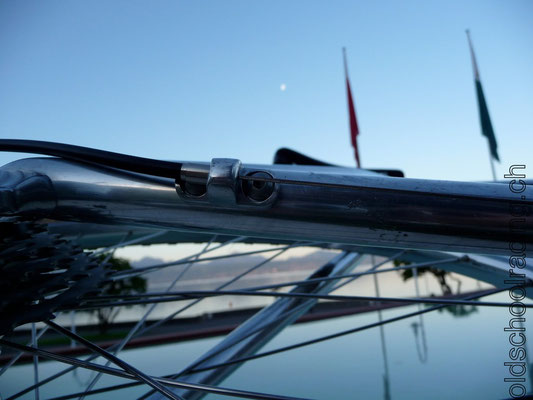 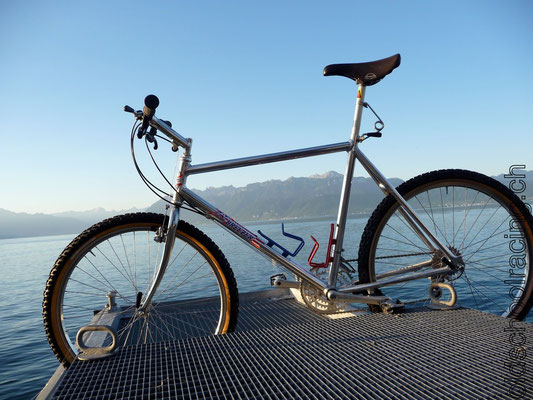 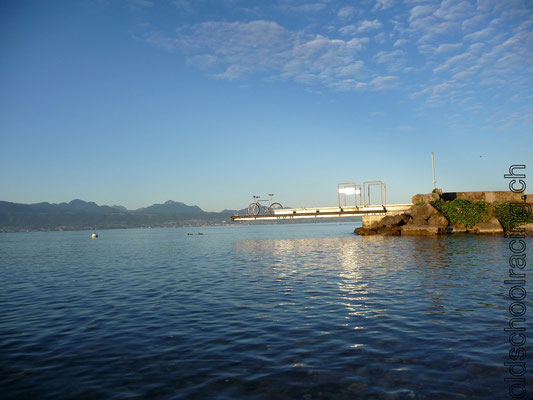 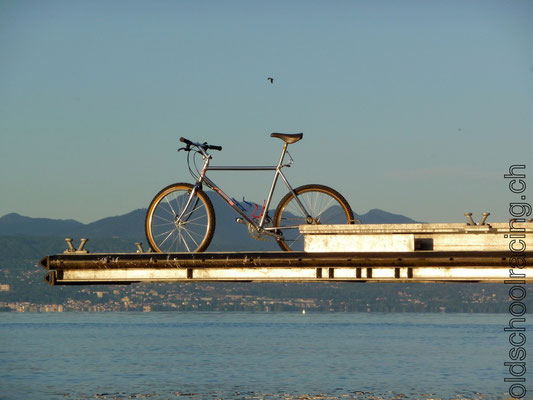 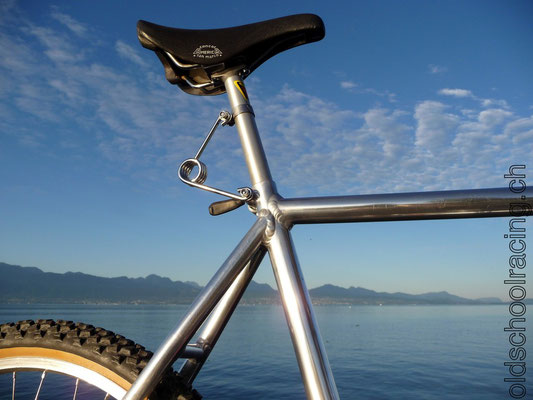 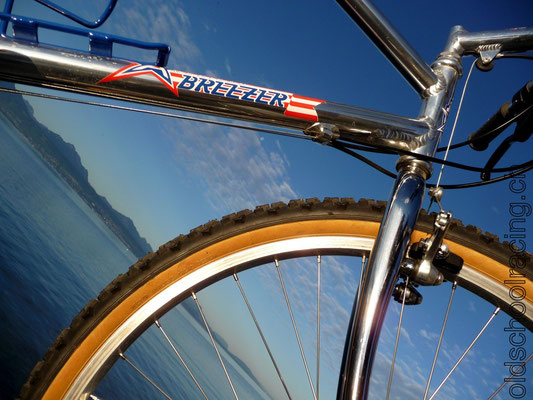 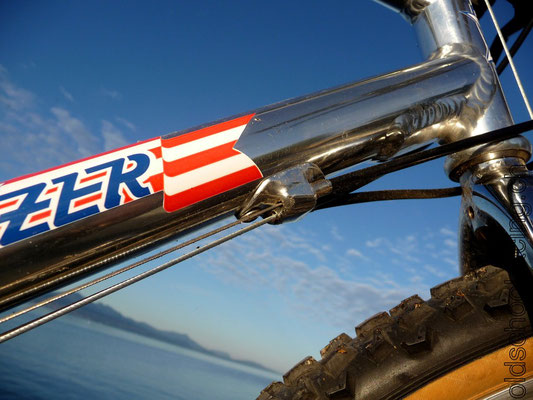 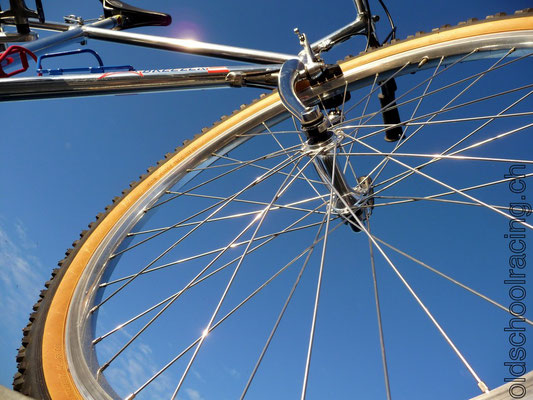 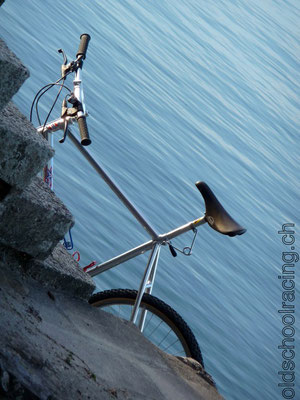 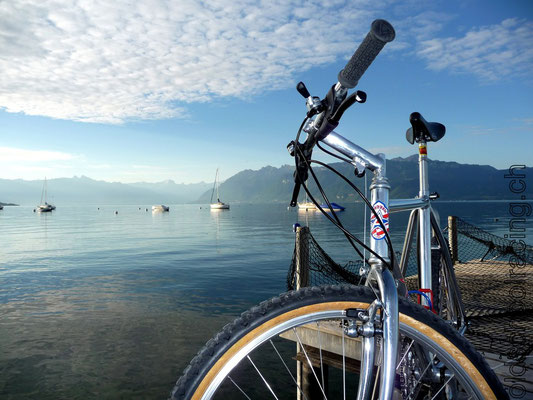 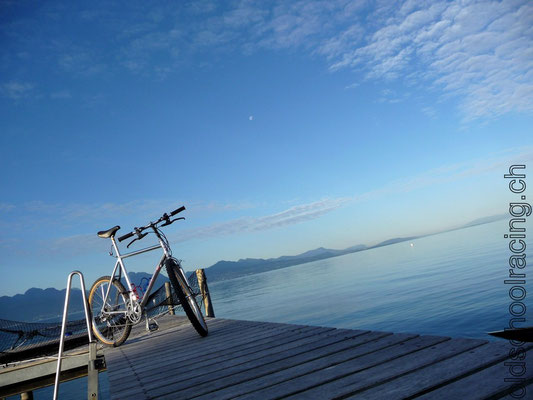 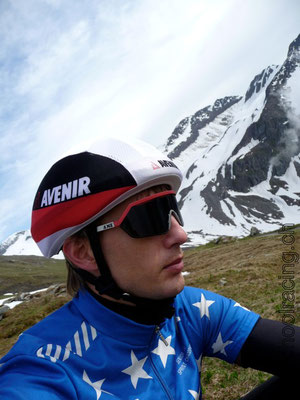 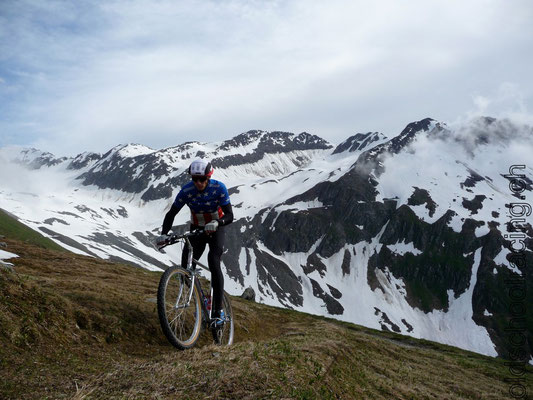 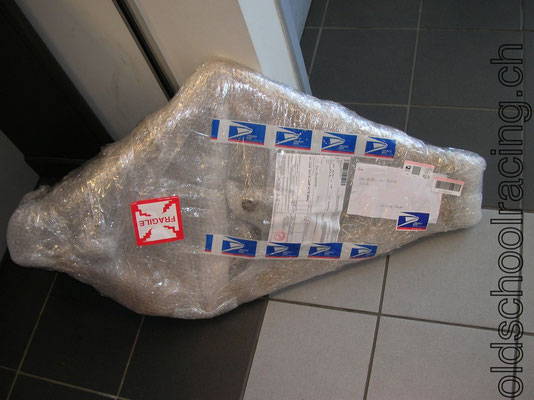 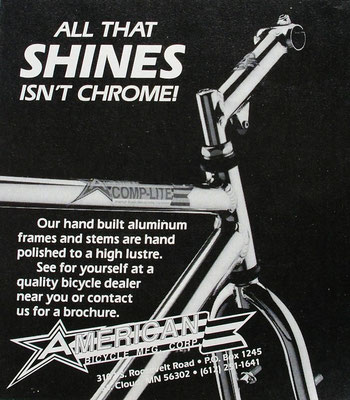 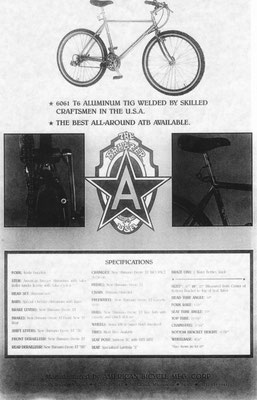 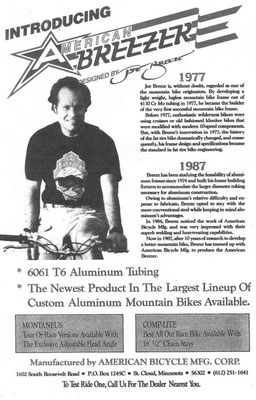